The novel is important because Desai has had the courage to move away from what could be considered her stock-in-trade--India. 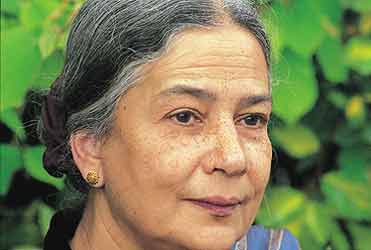 outlookindia.com
-0001-11-30T00:00:00+05:53
Anita Desai, who has a formidable reputation both in India and abroad, has become less visible in India in the last few years. Apart from the physical distancing, she admits she can "no longer relate to India"—in spite of which her last two novels remained India-centred. She makes the break only now, with The Zigzag Way.

Set in Mexico, the novel begins in Boston with American academic Eric. Bored with his thesis on immigration, he follows his girlfriend to Mexico, hoping, as he tells her, for a "Eureka moment". This comes during a lecture by Dona Vera on the Huichol Indians, when certain familiar-sounding words bring back memories of his Cornish grandfather who had worked in the silver mines in Mexico. Eric then sets about "following the trail of his own history", first in Dona Vera’s ranch, then in the ghost mining town where the Cornish miners had lived—in the course of which we get Dona Vera’s story and a history of the Cornish miners. The novel ends with Eric’s vision of his dead grandmother on the day of the festival of the dead.

This final note of...