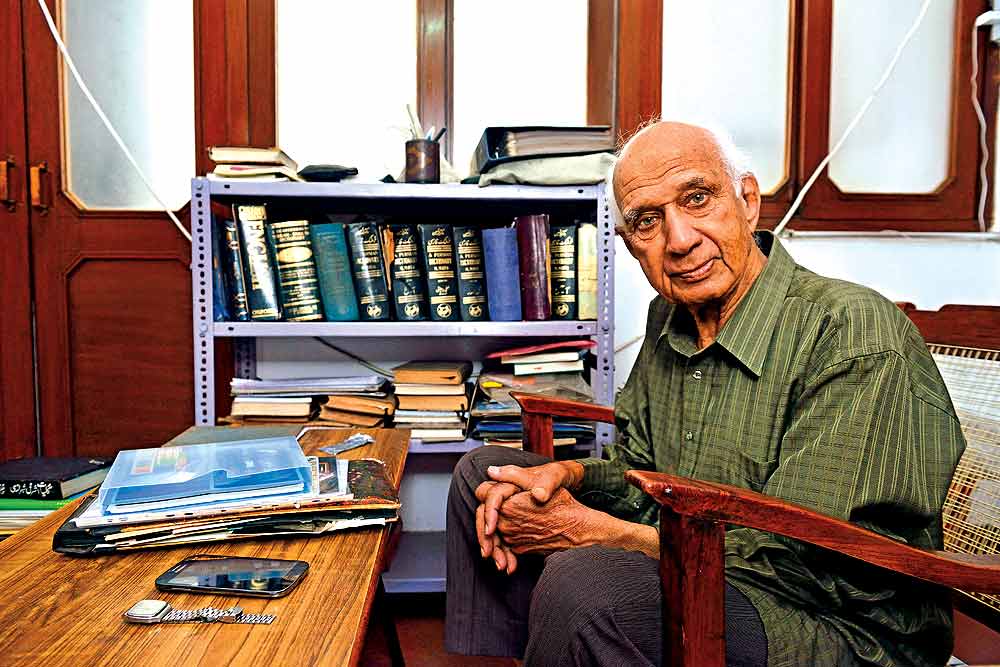 Blue-eyed and gentle of manner, Dr Syed Muhammad Yunus Jafari could charm anyone as a raconteur, till a few days ago, with his tales and anecdotes, his endless nuggets on the culture and architecture of Delhi, Agra and Lahore. This affable mien, of course, did not entirely reveal his true stature and the golden niche he occupied in the global circle of Indo-Persian culture. There was something falcon-like in his scholarly eye, the way he could sift out information from Persian and Urdu annals and join it to his evolving, composite vision. Over the three decades I was fortunate enough to know him, I never saw him pause or stop growing, despite the professional anguishes that sometimes dogged him.

Whenever I visited him, a few words of praise would infuse fresh zip in his voice...and again a caravan of rare facts and unknown nuggets. The praise was a matter of old-world grace, due deference to a titan: it came naturally to those who knew his life-work. The words of gratitude offered to him by other scholars in their works float out there like a chorus to his...