A Dark Winter Of Unease 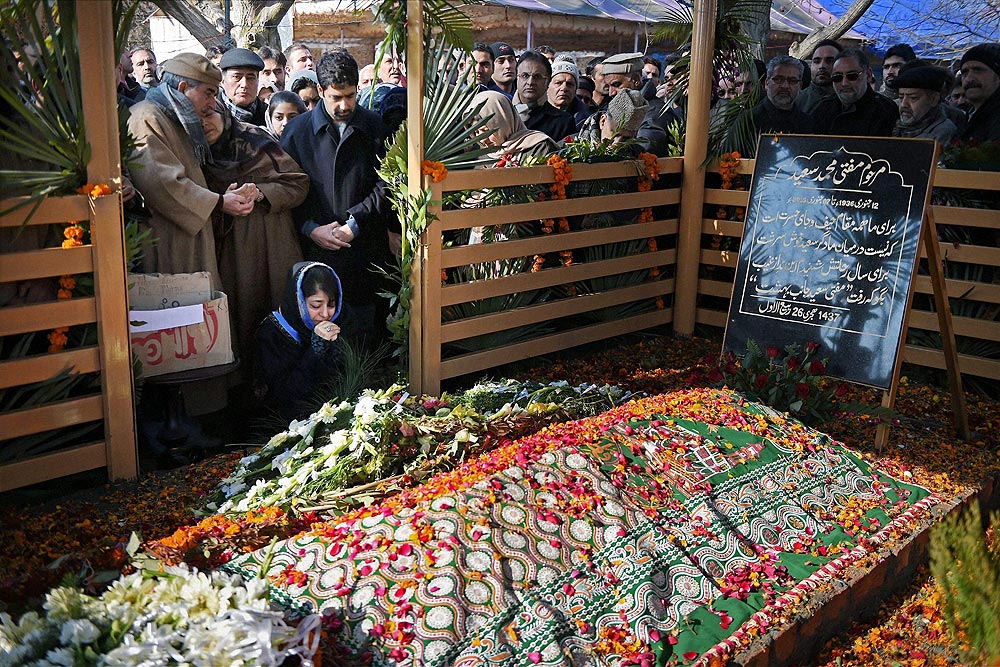 January 7, 9 am: Kashmir’s ruling PDP announces the death of its 80-year-old patron and state chief minister Mufti Mohammad Sayeed at the AIIMS in Delhi. Condolences pour in from leaders of all political hues, from across India. Among them are the Mufti’s critics, like pro-Pakistan ideologue Syed Ali Shah Geelani.

Cut to 11 am: The government announces seven days’ mourning. Just an hour later, Kavinder Gupta, the Speaker of the state assembly, leisurely inaugurates showrooms in Jammu and poses for photos.

And at 7 pm: Health minister Lal Singh, Gupta’s colleague from the BJP, the PDP’s partner in government, is seen giving smiling poses with his friends minutes after the Mufti is buried in his native Bijbehara, in south Kashmir. And a day later, there are reports of the BJP eyeing more berths in the cabinet.

These incidents are an indication of the audacious political risk the Mufti had taken some 10 months ago by forging an alliance with the saffron party, whose ministers...