A Crown Of Thorns

Nitish Kumar is no longer the man of the house. A resurgent opposition, a dominant ally, two new deputy CMs who may not be pliable, a tainted minister he had once suspended…. 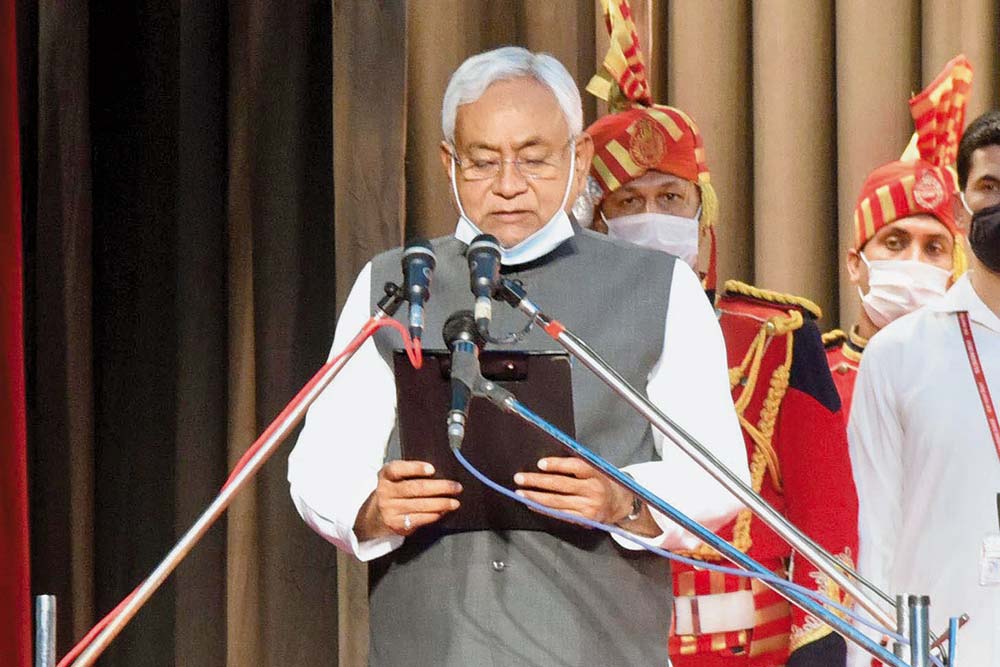 Anyone who knows the P of politics knew that this was going to be Nitish Kumar’s toughest term yet. But, perhaps, even he could not have anticipated how fast the challenges would emerge after taking oath as Bihar chief minister for the fourth consecutive time. The JD(U) stalwart appears to be on a sticky wicket this time, thanks to the resurgence of not only the Opposition but also an emboldened ally, which has the upper hand due to its numerical strength in the assembly.

Nitish has not had a similar experience in the past. In all previous terms, he enjoyed a comfortable-to-brute majority, to be able to dictate terms to his allies and also treat his rivals as anything but formidable. Now, his clout appears to have considerably reduced, with his party winning only 43 seats in the 243-member House. In fact, he appears to be facing the heat from the word go.

The BJP, which has 74 MLAs of its own, bowled its first googly to the embattled chief minister by fielding two new deputy chief ministers, Tarkishore Prasad Singh and Renu Devi, relegating his trusted,...