A Congress Mole In The BJP? 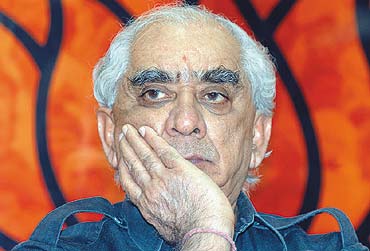 outlookindia.com
-0001-11-30T00:00:00+05:53
Jaswant Singh’s A Call to Honour created a storm even before it hit the bookstores. Curiously, the controversy was not about the book’s central theme; it was about the demands the IC-814 hijackers made. Those included $200 million and 33 dreaded terrorists, plus the bones of a dead terrorist. They gave up the last demand on the advice of clerics; of the 33, only three detenus were flown to Kandahar; there was no mention of the money. Did they or didn’t they? The media wanted to know why Jaswant did not make that explicit. He said he had done so in Parliament already. Then why is his book silent, he was asked. "Don’t teach me how to write books," he retorted.

Having read the book, one thing is certain: Jaswant certainly needs no lessons in writing. The lucidity and fluency of his style make the book a delight to read. His command, indeed felicity, with the English language, not to speak of the clever sprinkling of uniquely expressive German or Hebrew words, are a long way from his early days at Mayo College where he describes himself as "extremely touchy...about...