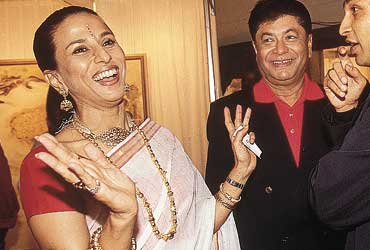 Right, so what was 2001 like. As always, full of action, full of incident. But one man, clearly, controlled the year. No, it wasn’t Bush, the guy with the arms and the arrogance. It was that bearded dude, the Saudi Arabian with 18 kids. Can’t think of anyone who has occupied so much press space, TV space and mind space in just four months. He caused world markets to crash. Billions of dollars to be lost. Jobs to be taken away. And what did Bombay do?

But global recession, economic downturn and tragedies be damned. Nothing fazes this city of seven islands. Bomb it, blast it, ravage it. Bombay gets up and walks. Or dances.

The Glitterati, the Chatterati, the Gossipati, the Page Threeati, and the Socialiati of Bombay know how to party, how to rock. Seven days...