Ashwin’s grit, variations, upgradation of skills and meticulous marking of batsmen have made him the world’s No 1 bowler 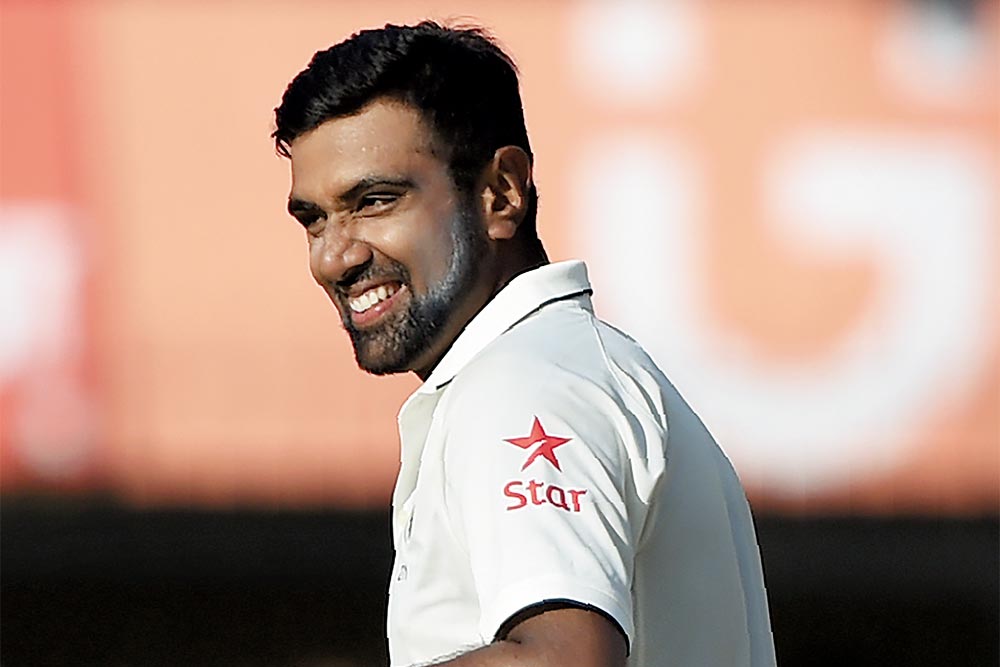 Like marionettes under a puppeteer’s strings, the world’s batsmen are flailing helplessly, as if hypnotised, when enmeshed in one of Ravichandran Ashwin’s spells. And quite literally, they’re under his thumb. Broadly, slow bowlers are classified into two categories: finger spinners and wrist spinners. The thumb is hardly ever given its due when talking about tweakers. But off-spinner Ashwin, currently in red hot form with the ball and bat, has given the thumb its due; he uses it frequently to generate that completely unplayable delivery. It is this finger that aides his deadly ‘carrom ball’—he calls it ‘Sodukku Ball’, meaning ‘snapping of fingers’ in Tamil. The touring English batsmen are currently floundering when confronted with the carrom ball and other choice weapons in Ashwin’s arsenal.

Ashwin, 30, is the main reason for India taking an unassailable 3-0 lead in the ongoing five-Test series. The Tamil Nadu bowler has snared 27 wickets at an average of 23.70 in the first four Tests against Alastair...