A Century To Celebrate 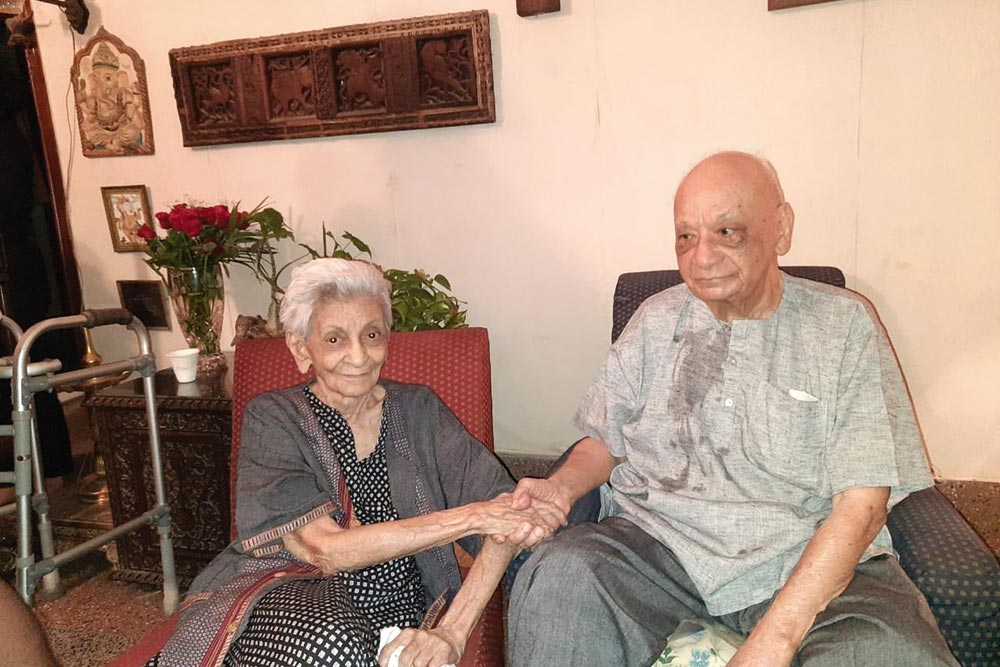 Vasant Raiji and his wife at their Mumbai home

The highest Vasant Raiji could achieve in first-class cricket was 68 runs. He outlived that total many winters ago and scored a century this Republic Day—his 100th birthday. He is India’s oldest living first-class cricketer, author, chronicler of Indian cricket’s fledgling days, and chartered accountant. Age-related problems have dimmed his hearing; locomotion is aided in the form of a walker. But at his Walkeshwar home in Mumbai’s Malabar Hills, he still follows cricket as keenly as he has done before—when his brain was more alert, his muscles were springy. He pores over cricket news in the papers, watches matches on TV, says daughter Renuka, who flew from Australia to celebrate her father’s ‘century’. She is among the 30-odd family members who converged from across the world for the occasion.

Former India captain Nari Contractor, 85, was among the Mumbai-based admirers who visited him. Among those who couldn’t reach but wished Raiji well was 91-year-old Dattajirao Gaekwad, his former Baroda teammate. “I remember...