A Broom In The Wrong Place

There’s talk of President’s Rule, but, for better optics, the BJP will more likely let Delhi’s AAP government hoist itself with its own petard 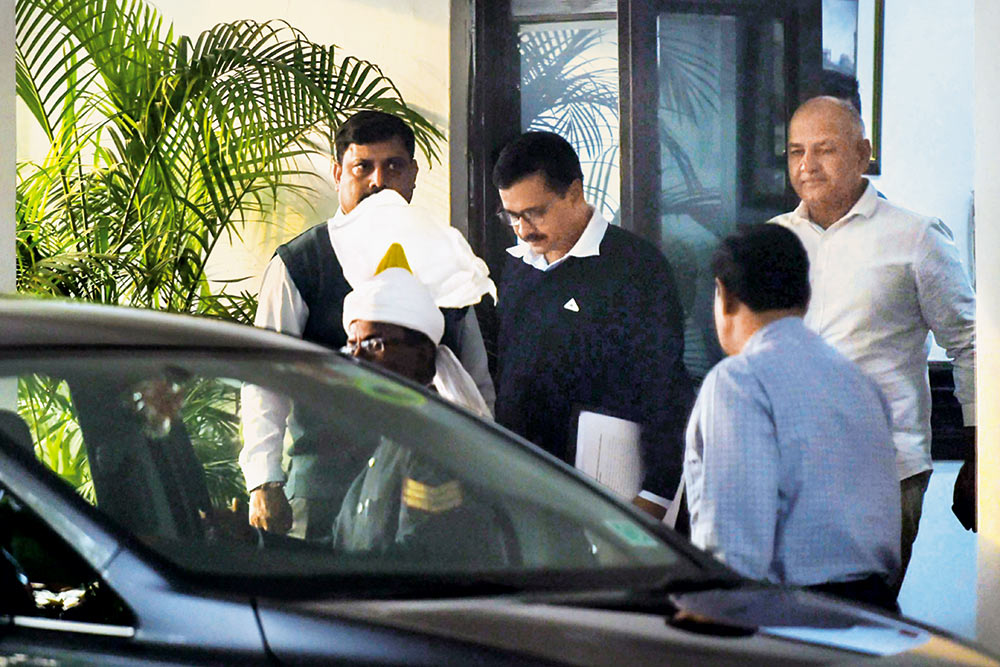 Dig It
Kejriwal and team aren’t new to ­combative ­situations and have so far seemed to thrive on them
Photograph by PTI
Bhavna Vij-Aurora March 01, 2018 00:00 IST A Broom In The Wrong Place

It’s a political script where, half way through, everyone knows two or three possible endings. Phrases like ‘breakdown of governance’ are being thrown around North Block. Intimations of drama fill the news pages. And a whole lot of crusty, dormant phrases—Article 356, Centre-state relations—have sprung to life. Delhi has been like this ever since its chief secretary was allegedly assaulted by MLAs of the ruling Aam Aadmi Party (AAP) on February 20. Raw to the touch and thick with rumour. But will it really go the full distance?

It’s the BJP’s Delhi unit that let go of the ambiguity: dismiss the Arvind Kejriwal government, it demanded openly, vocalising what was till then an unstated threat. The AAP regime in Delhi has been the BJP’s pet bugaboo—an object evoking some fear and plenty loathing—ever since that dramatic 67:3 verdict of February 2015, and thoughts of sweet revenge would be most natural. Duly, Delhi BJP chief Manoj Tiwari insists it’s “a case of failure of constitutional machinery”,...