A Brigand's Eyl View Of The Sea

Driven by lucre, Somalian pirates thrive on and off a lawless coast 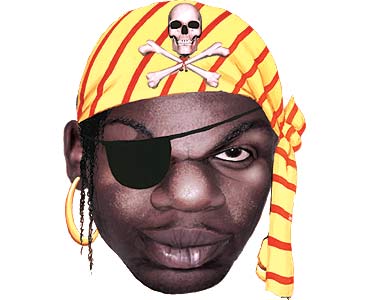 1. Usually mother ships masquerading as fishing dhows set sail to the high seas. Once they are close to the target, two or three skiffs with high-speed motors are released from the mother ship.

2. With warships patrolling the Gulf of Aden, pirates press two dhows into service. One sends distress signals and lures the warship away from the target. The other then conducts the raid.

3. Each of the skiffs has 7-10 men armed with AK-47s and rocket-propelled grenades. They approach the target from two or three points, fire warning signals, ask the crew to come on the deck and the ship to slow down.

4. The pirates then use grappling hooks...