A Blue Riddle For The Shah Of Saffron 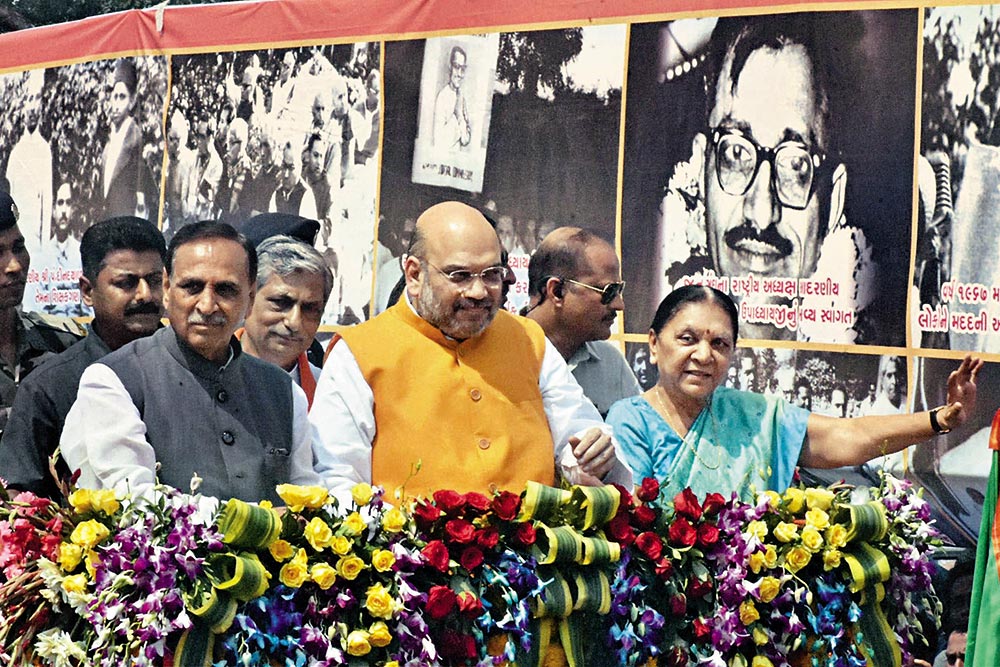 In May 2014, as prime minister-elect, an emotional Narendra Modi bid farewell to the Gujarat assembly in Gandhinagar with words of reflection and hope. To the MLAs of his state, Modi had said back then: “My success lies in how you take forward this journey of development. And I am confident that Gujarat will surge ahead after me.” Unfortunately for the BJP, Modi’s Gujarat model, craf­ted over a long time and sold with gusto to the world, now lies in tatters. To be precise, it took just two years and three months after his...