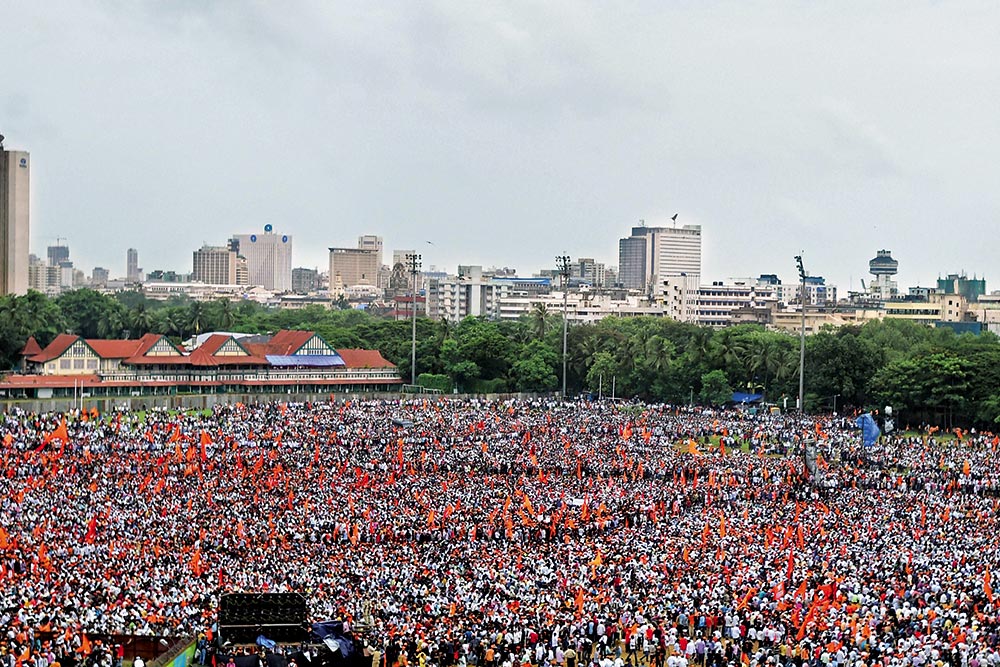 Come August, and there’ll be one more—a massive, silent rally in Mumbai’s Azad Maidan, the 58th running under that banner. Through the second half of 2016 and spilling over, lakhs of young boys and girls have marched silently with placards in their hands, dressed in black, all over Maharashtra. The Maratha Kranti Morcha protests had three demands: justice in the barbaric Kopardi rape case (where, in an inversion of usual narratives, the guilty were Dalits and the victim was a minor Maratha girl); reservations for Marathas; and abolition of the SC/ST Atrocities Act. Today, all three are live, hot-button themes. But more than that, the whole phenomenon taps into something more: a raw, deep anger, a disquiet.

Anyone would have noticed: it’s been an unusually rich harvest of agitations for Maharashtra of late. Anger seems to be growing in abundance in those parched fields. Frequent protests, of all shapes and sizes, have become the norm—alm­ost as if, together, they manifest some collective deficit in the lives of people. Count the numerous...