A Beachhead, but the Hinterland is Another Battle 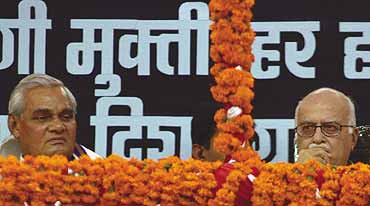 Given its small size and a fractured electoral verdict, the BJP's rejoicing over forming a government in Goa may seem a trifle out of proportion. But the party is looking at Goa as a big neon sign pointing the way to victory in the Gujarat assembly poll later this year, followed by a slew of state elections next year.

That the Centre took Goa seriously was clear from the fact that Union minister Pramod Mahajan took personal charge, running a highly scientific operation. Each constituency was profiled in detail and while the cash spent wasn't much by Delhi standards, a lot of human effort went into micro-level strategising.

The Sangh parivar tends to believe the election saw a polarisation of votes as a result of a strident, Gujarat-oriented Congress campaign. Says BJP MP Vinay Katiyar, "The PM's speech during the party's national executive in Goa in April had a big...