A Bar Set Too High 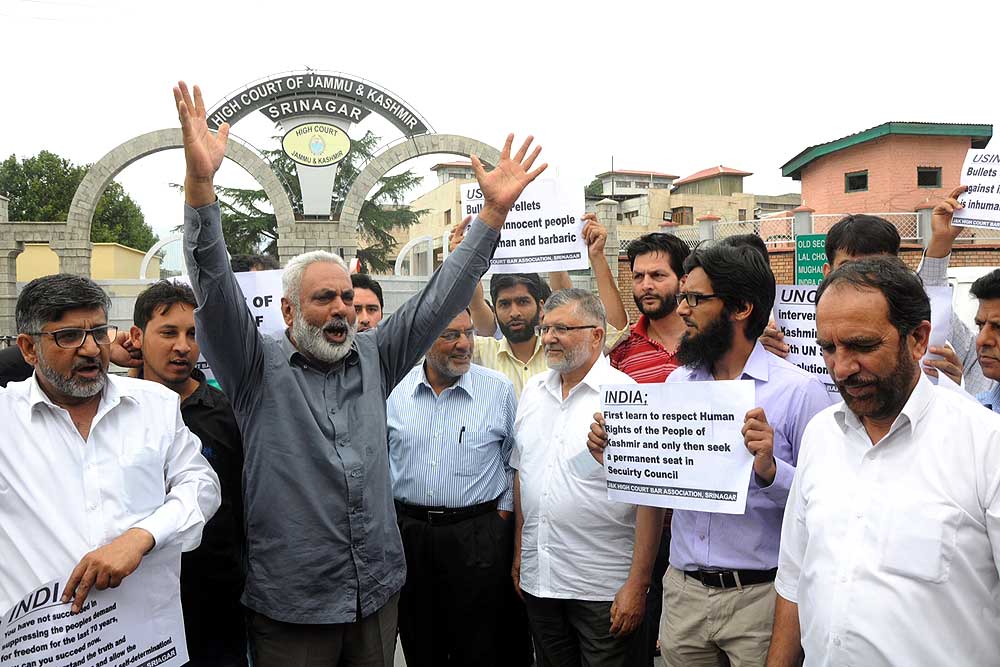 Law & Advocacy
Kashmiri lawyers have been at the forefront of protests
Photograph by Javed Ahmad
Naseer Ganai March 16, 2017 00:00 IST A Bar Set Too High

An unusual flurry of activity is being witnessed in court premises across the Kashmir Valley as lawyers discuss the formation of the Jammu and Kashmir Bar Council. While Jammu lawyers prepare for the Bar Council elections, likely to be held in June, their counterparts in the Valley are apprehensive. Many read into the bar council election, being held for the first time under the Advocates Act, 1961, an ext­ension of another Union law to the state and are worried over how the formation of the council would affect lawyers’ political activism in Kashmir. Last month, while hearing a petition by Bhim Singh, president of the Jammu and Kashmir National Panthers Party, the Supreme Court ordered the holding of elections.

The 1961 law was introduced in J&K in 1986, but has not been implemented so far, with the High Court of Jammu and Kashmir functioning as the de facto bar council. In his petition filed in 2013, Bhim Singh had asked for the setting up of a bar council. Earlier, the central government had declined to notify the direction of the Bar Council of India to...