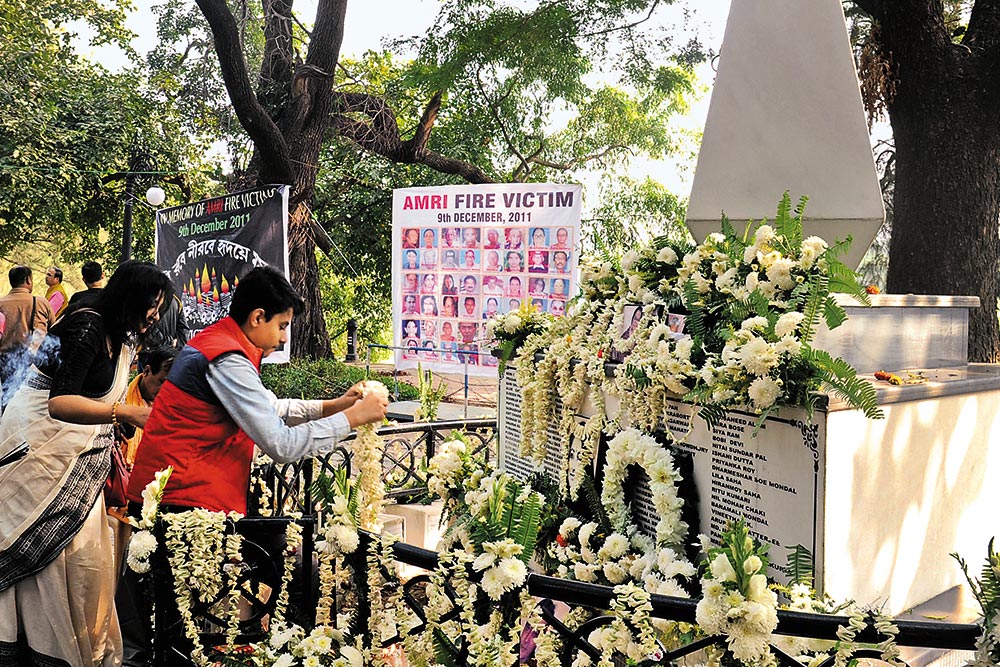 Dhananjoy Pal’s daughter was trapped inside the burning hospital, screaming for help, but a guard allegedly prevented her from getting out. “Who will clear your dues?” they asked. The 14-year-old died on the fateful dawn of December 9, 2011, one of the 94 who suffocated when fumes from a fire in the basement of the Advanced Medical Research Ins­titute Hospital (AMRI) in Calcutta’s Dhakuria spread to the upper floors through air conditioning ducts.

For the last seven years, Pal, a resident of Bankura district, has made the grueling 172-km journey to Calcutta and back every single time the courts ann­ounced a hearing in the case of criminal negligence which was filed against the hospital. Seven years on, he’s exhausted and dra­i­ned of resources. “We are middle-class people, without the finances required to pay for lengthy trials. We reposed faith in the legal system. But why does it take so long to get justice?” Pal breaks down, rec­alling his daughter’s premature death. “She was just a child,”...