An exasperatingly extended introduction to utterly inane and colourless characters 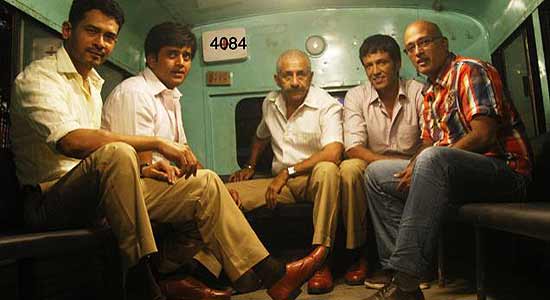 The central idea of 4084 is simple: how thieves can turn cops and vice versa. All by a quirk of fate. But the narrative takes way too long to get there. In fact, the whole film is just an exasperatingly extended introduction to utterly inane and colourless characters. The real film plays out merely in the last hour, by which time it’s way too late for the audience to have any interest left.

Four thieves, Naseer, Kay Kay, Atul and Ravi, are out to grab a bounty worth Rs 20 crore. It’s an utterly tame, lame, uninteresting robbery that offers no thrills, tension, or shocks whatsoever. If last week’s Players had twists and turns every other minute, 4084 goes to the other...