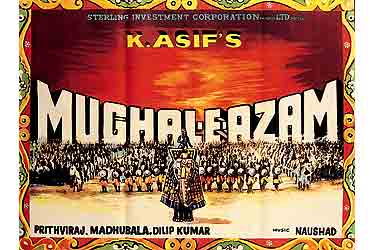 Star-crossed legendary lovers have always gone down well with Indian audiences. Whether Anarkali, the slave-dancer at Akbar’s court, did exist doesn’t matter. The tragically defiant love story of the prince and the showgirl of the Mughal age has fired the imagination of poets and filmmakers alike: there are many screen versions of this romance. However, K. Asif’s extravagant and outrageously expensive costume drama, which took over a decade to make, has become the touchstone of romantic love. The scene in which Prince...