The battle for 2019 is pregnant with ­possibilities. But who will be Modi’s ­principal opponent is no less intriguing. 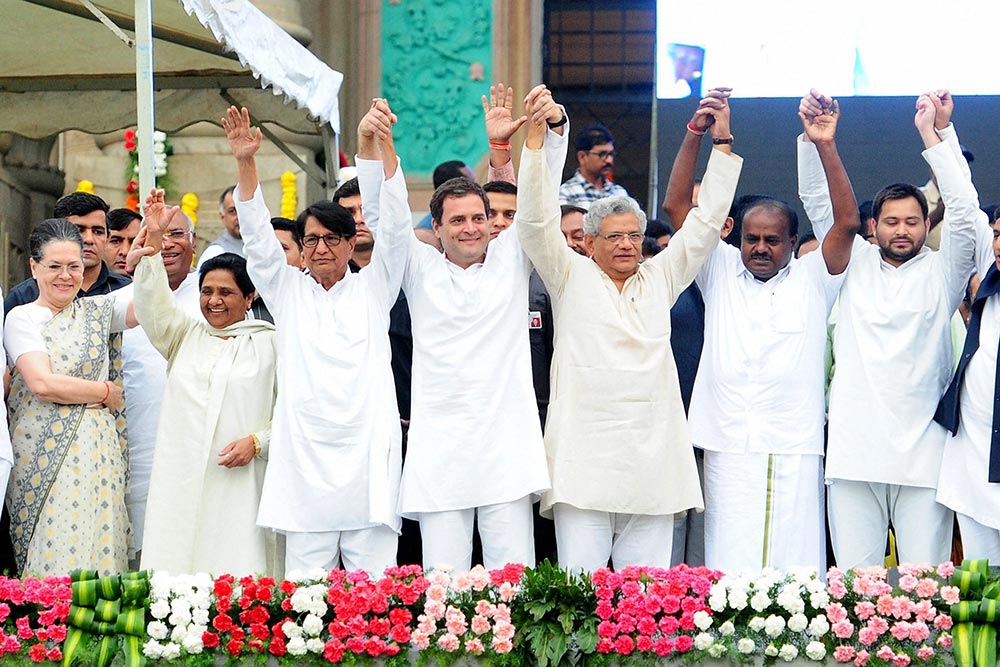 General elections, the political spectacle that arg­uably overshadows every other event in India, may still be a year away, but the country seems to have caught the poll fever already. A spate of elections—from Karnataka to Kairana—has nudged public discourse towards what could be in store for us in the parliamentary polls scheduled for mid-2019. Elections being the flavour of the season, political pundits are on overdrive and holding forth on what to expect. Modi hawa, the wave that swept the BJP stalwart to power in 2014, we are told, has considerably ebbed. In its place, many talking heads say, are festering pockets of disquiet that are apparently dragging down the prime minister’s popularity. Petrol prices heading north, rising farmers’ distress, a gnawing sense of insecurity among minorities and increasing restiveness among Dalits and other marginal sections of the society are reportedly working against Modi and his NDA government.