2019 Lok Sabha Election: A Sheet To Excel In

Amit Shah hatches a few plans to break into Bengal 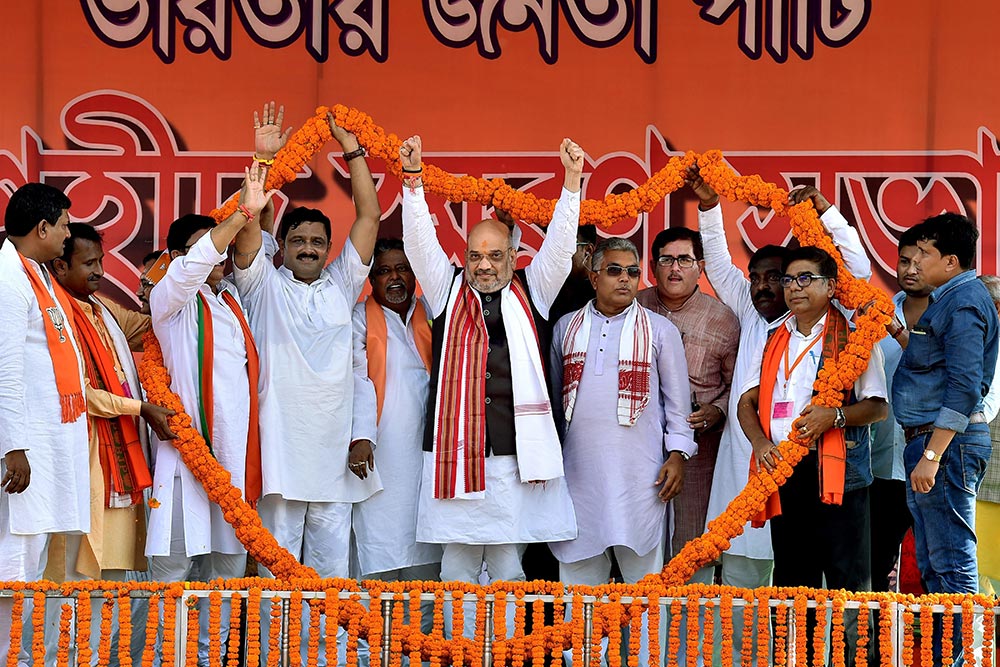 The BJP’s brute, clean majority in the parliamentary elections of 2014 was achieved without much success in West Bengal—it won only two of the state’s 42 seats. So, when BJP president Amit Shah trumpeted at a public rally during a recent visit to the state that the party would gain over 20 seats in 2019 and win at least 22, it raised eyebrows and curled lips.

But some believe that Shah does ind­eed have a foolproof pre-election strategy—something known to swing the most resi­stant of electorates towards the BJP. “Shah is focusing on strengthening the orga­nisation at the grassroots, which has been the BJP’s weakest point in these states,” says political commentator Tarun Ganguly. A BJP insider confirmed this, “Wor­­kers are being sent door to door to win the...