The astrology debate is now sub judice. And the Supreme Court has a canvas full of contentions to adjudicate on. 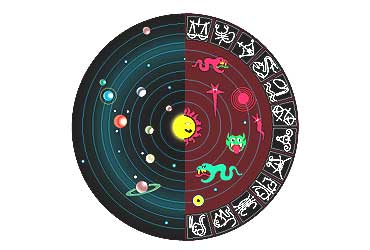 outlookindia.com
-0001-11-30T00:00:00+05:53
Just when M.M. Joshi and his knights in saffron armour thought they'd pulled off a masterly coup by inserting Vedic astrology (jyotir vigyan, as they call it) into university curricula, a gadfly of a scientist has decided to poop their party by challenging them to a legal joust.

Pushpa M. Bhargava, founder-director of the Centre for Cellular and Molecular Biology, Hyderabad, has approached the Supreme Court with a petition the Andhra Pradesh High Court had dismissed. Much to his delight, the apex court accepted it and issued notices to the hrd ministry and the ugc.

The relevant ugc circular states: "There is urgent need to rejuvenate the science of Vedic astrology, to allow this scientific knowledge to reach the society at large and provide opportunities to get (it) exported." The ugc proposes to disburse a non-recurring grant of Rs 15 lakh to universities to establish astrology departments—each with one professor, one reader, two lecturers, one library assistant and one computer operator. So far, 35 of some 237 Indian universities have expressed interest.