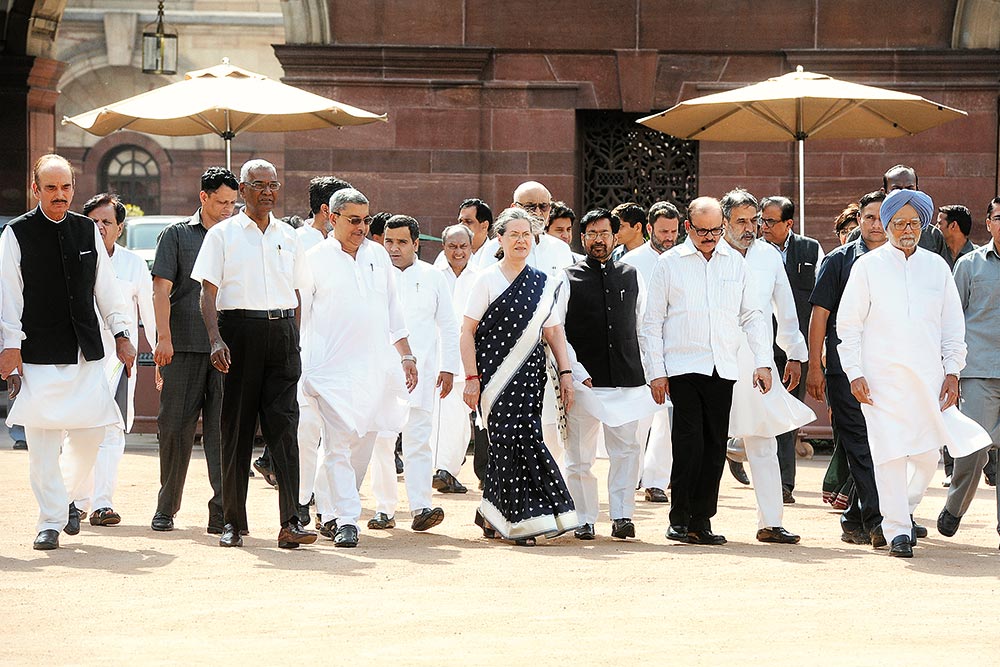 Raisina Beat
Leaders of Opposition parties after meeting the president

Facing the threat of oblivion, the Grand Old Party of India is desperately trying to shake off its deep-rooted torpor and remain relevant in the rapidly-shrinking political ground that it finds its­elf in. With the BJP on a roll and going about their avowed goal of occupying the entire political space “from Pan­chayat to Parliament” in an ext­remely systematic and clinical manner, the Congress—in its present disarrayed form—appears far removed from presenting any challenge.

After humiliating setbacks in successive state assembly elections—Punjab being the only exception—the Congress is hobbling around not only to set its own house in order, but also to forge Opposition unity to take on the might of PM Narendra Modi’s popularity and Amit Shah’s shrewdness. The upco­ming elections for the president and vice-president of the country are being seen as a test case for the Opposition parties—whether they can come toget­her and put up joint candidates for the two Constitutional posts.