Dial 'മ' For Malayalam: Streaming On An OTT Screen Near You, A Revolution In Cinema

This refers to your cover story on Malayalam movies (CineMalayalam, July 19). The effective transition of Malayalam movies from the excitement of theatres to the ­comfort of homes by adapting to the OTT scheme of things for overcoming the ­pandemic blues has had a casualty: music. Movie songs seem to have become ­redundant in the so-called new-gen ­movies. Movies of the 1980s retain their charm on the wings of melodies created by a genius called Johnson, while Baburaj and Dakshinamoorthy created gems in the 1950s and 1960s, which new-gen ­movies glaringly lack.

The pandemic and the lockdowns it induced have been rather harsh on the movie business, singing a kind of a requiem to big blockbusters, our standard larger-­than-life big cinema. While we do miss the camaraderie of strangers in the dark, it is heartening to see the lockdowns unlock some fresh ­imagination. That it is Malayalam cinema which is all set to change the ecology of entertainment is even more interesting. The power of these films comes from the existential questions they raise. The content comes from our daily lives and is stylised in a way where form and content converge beautifully to convey an idea, a ­perspective. There is no way in which the bleak bareness of The Great Indian Kitchen can be conveyed using the loud and garish props of a Karan Johar film. The story emerges organically from the land of Sabarimala, which denies its menstruating women the right to visit the shrine, and goes on to explore a woman’s life in a man’s world. The movie is a trailblazer and stands out for its simple ­sophistication, its singular lack of drama, with the ­humdrum of daily life giving it an appropriate background score. Probably no Hindi film has been able to lay bare a ­society riven by gender faultlines with as much sensitivity as The Great Indian Kitchen. As the protagonist, a housewife, submits to her husband’s sexual demands in the night after performing a million random household chores, in a moment of rare cinematic brilliance, the filmmaker catches her lying listlessly, sans any interest, sniffing her hands, conveying the ­powerful imagery of a woman in whom the kitchen’s smell has seeped in so deep that she is nothing more than a kitchen accessory herself. She is the masala she grinds, the batter she beats. Significantly, the protagonist has no name, for she is Everywoman. Focusing on her married life, the film delves into how patriarchy, tradition and religion often intersect to strip away the agency of ­independent women once they get married. Despite being set in Kerala, the story is relatable to the experience of women all over India. Surely, Malayalam cinema is in a good space where content is the new king.

Hang Your Head In Shame, India; We Failed Stan Swamy

This refers to Hang Your Head in Shame, India; We Failed Stan Swamy (From the Editor, July 19). The all-powerful state has (mis)used its might against an old, feeble and ailing citizen. And, of course, the last resort of any commoner—the judiciary—has just played along, kowtowing to the executive’s wishes. Literally languishing in jail, with the basic necessities of life a labour, the Jesuit priest and tribal rights activist was aware of his impending death, but didn’t want the end to come in such a forlorn, ­neglected manner. Worse, ­despite the charges levelled by the National Investigation Agency, there was no hurry to start the court proceedings. Was the mighty State trying to send a message to all those who don’t see eye to eye with the government? Stan Swamy didn’t die, he was murdered by a callous system.

With the most unfortunate and ­horrifying custodial death of 84-year-old Jesuit priest Stan Swamy, it may be high time to revisit our jail rules. It may be improper to ­detain people over the age of 80 in jails. Those who have to be kept in detention could be possibly placed under house arrest or in old-age homes where their age-related special needs are taken care of. Almost everyone over 80 is ­grappling with serious health issues, so jails are just not conducive for them. Concerns about elderly ­inmates and their chronic health issues have to be ­addressed in a special way and the inability of most jails to accommodate their special needs cannot be overlooked. This issue would be a fit one for the Chief Justice of India to take cognisance so that appropriate directions could be ­issued on how elderly ­persons should be detained and taken care of.

Your editorial on Stan Swamy’s death is a rather bitter ­reminder of the present times in India, and points at a big black hole in our ­justice ­system.

This ­refers to Meghnad Desai’s tribute to Dilip Kumar (Actor-e-Azam, July 19). Yusuf Khan alias Dilip Kumar (1922-2021) will live forever through his cinema, which decorated 50 years of Indian history. Beginning in the 1940s, he embarked upon a career that changed him, Indian cinema and many generations of young men and women. The films before 1950 had a light first half, a heavy second half with death at the end and a memorable hit song. Songs plus a tragic love story was the formula. Death and hit songs defined Dilip Kumar. Later he was asked to reject tragic stories and go for ­action-filled ones.

Dilip Kumar was an institution of acting. It is unfortunate that he is not with us, but we still have the movies in which he acted. It may sound strange that the greatest Indian actor acted in only 62 films in his long career spanning around 54 years. He never acted for the sake of numbers or for money. During the peak of his career, he ­imposed restrictions on himself to do only one film in a year. The younger ­heroes copied his style of acting. He was the most ­verstile actor in the Indian film industry. Starting as a tragedy king, he made ­audiences weep along with him. Later, he changed gears and also made them laugh with his light-hearted ­comedies. With his sad ­demise, the country has lost a master craftsman.

This refers to your story on Afghanistan (Into the Valley of Power, July 19). Afghans are a fiercely independent people and no country—the UK, Russia or the US—could ever subdue them. Despite its long presence in Afghanistan, the US failed to understand the power ­dynamics among various tribal factions that ran their own governments and ­commanded their own ­armies. If the Taliban’s claim that it controls over 80 per cent of Afghanistan is true, then its assault on Kabul could come any time soon. It has already prohibited women from stepping out of their homes without male escort and asked men not to shave. With the Taliban’s ­resurgence raising terror fears from Moscow to Beijing, New Delhi must be wary of a boost to extremism in the Kashmir valley.

Rise And Shine, Diabetics: Take Control Of Your Life

Former cricketer Anil Kumble has been ­inadvertently referred to as diabetic in our issue dated July 26. He is among India’s finest celebrities spreading awareness on diabetes. We apologise for the error. 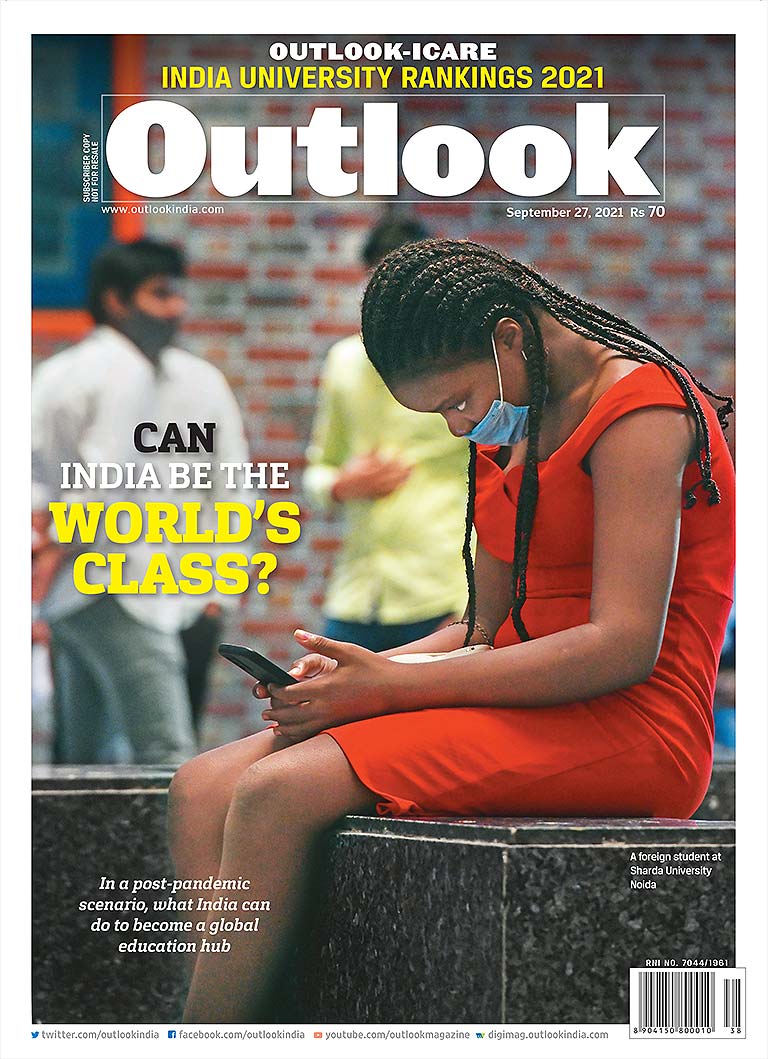