The Empire Of Cruelty

This refers to your cover story on our government “missing” in ­action during the ongoing Covid pandemic (The Empire of Cruelty, May 24). Day by day, the unfolding crisis looks more and more like an apocalyptic movie. What ­really is the bigger challenge—the virus or our mentality? There are many reasons why India is now in this precarious public health scenario. Besides the political, ­infrastructural or administrative factors, there is another issue that has contributed gravely to it, and it is temperamental. Last year, during the first wave, I received a ­ration request for 500 migrant families in Lucknow, Uttar Pradesh. We got down to work—arranged rice, oil, atta, sugar, salt, soap etc, and had them distributed after verification through local volunteers. It was tough. Mobilising resources and ­ensuring timely delivery in the midst of Covid fears and lockdown was tricky. But we somehow managed to get it done. Then I started getting dozens of calls. I thought they must be confirmatory or thank-you calls, but I was in for a shock. They were complaint calls about lack of papad and achar in the food kits. This, at a time when many didn’t have the luxury of one meal a day.

During the second wave, the nature of SOS requests I get has changed drastically. Ration has taken a back seat and other ­important requests have inc­reased. What has not changed is the same old mindset. People ask for oxygen cylinders only to hoard them. In Delhi, one of my friends who works for an NGO told me in horror how a family sold away the oxygen cylinder that had been lent to them. I see daily requests for Remdesivir even when the pat­ient has mild symptoms and doesn’t require such medicines. Folks with normal blood oxygen levels insist on occupying ICU beds, blocking beds for critical patients. On enquiry, the answer comes, “Just in case.” Just the other day, a ­person from Meerut sought Rs 30,000 to donate a unit of plasma when I reached out to him for help. Sigh. What exactly are we fighting? Unless people adjust a bit, develop empathy for others and become considerate, no government or civil society can help this nation. To fight Covid is still easy. But greed and apathy are the real problems. That is where we are losing the battle. The cases and SOS requests are not ceasing at all—and sometimes I wonder if we will ever come out of this.

Given the pathetic and dishonest propaganda that the BJP-RSS is now engaging in, The Complete Covid Chargesheet by Shashi Tharoor, in which the Congress leader gives a “long list of missteps, gross errors of judgement and sins of commission, from the first lockdown to the present ­catastrophe”, must be discussed widely in civil society. At the very least, this could help us with some thoughts on mitigating the impact of the pandemic’s inevitable third wave that threatens to be more devastating.

This ­refers to your story Jantar Mantar is Just a Sundial. Period (May 24). Jantar Mantar has been synonymous with Anna Hazare’s crusade against corruption, a rallying point for desired changes in India’s political system. The BJP under Modi stormed to power in 2014 with a lot of promise. While high-level corruption may have been reigned in and some innovative welfare measures introduced, there has been, und­eniably, sustained erosion of not only the autonomy of public institutions, but also individual freedom. However, the spin doctors of the saffron party have been able to subsume all ­issues under an ‘it suits us’ national narrative. It is said that the more things change, the more they stay the same.

Ghost In The Mirror

This refers to your story on how coverage of the Covid crisis in India by the Western media has raised the Narendra Modi government’s hackles (Ghost in the Mirror, May 17). Not just Washington Post, New York Times, the Guardian etc, but also editorials in the Lancet, the world’s most authoritative medical journal, have ruthlessly castigated Modi and his lackeys in the administration, who are responsible for much devastation in India, unparalleled anywhere else, due to shortsightedness, politicking, mismanagement and lack of planning. Boastful and irresponsible statements at ­international forums a few months ago have badly dented India’s image in the world. Over the past decade, the BJP has worked in ­accordance with the theory that the media can make the innocent guilty and the guilty innocent. The foreign media, however, cannot be influenced the way the Indian media has been, and the tactics used by Modi’s trusted diplomats have so far proved to be counter­productive, making the Indian government a ­laughing stock.

Your story truly captures the reality of the current crisis. The temptation to prematurely declare victory over the coronavirus tends to institutionalise systematic failures. In fact, India’s image has taken a beating in the international arena forshowing callousness ­towards the gravity of the problem and not doing enough. We cannot afford to carry forward this messy status quo. We should have done much better. Words would never do justice to the incalculable damage ­inflicted by the deadly virus. What will continue to haunt humanity are images of thousands gasping for breath, hospitals running out of oxygen and people dying outside hospitals in a system immersed in ­callousness. That many lost their lives due to the ­government’s lack of pre­paration is a sad truth that will never be erased from public memory, even after the pandemic is over.

This refers to your cover story The Missing Link: Public Health (May 10). You have highlighted the core issues ­behind the failure of the vaccination drive, and showed that the government has a lot to learn from this pandemic. The proposal for nationalisation of healthcare services is an awesome idea for a country like India. It will enable us to better coordinate our ­response to pandemics, without profiteers competing for their own slices of the most profitable pie. This is the right time to take control of all private healthcare institutions and make their services available to the common Indian free of cost. Such a step will helpcontain the spread of the deadly pandemic and provide quality healthcare to the people.

Who Bears The Cost Of The Pandemic

This refers to your story on Modi facing charges of jeopardising the lives of people by not calling off election rallies (Who Bears the Cost of the Pandemic, May 10). As the Election Commission is all­egedly under the control of the Centre, the responsibility falls squarely on the head of the government. This means the charges against the BJP’s star campaigner are not off the mark.

Vijay Chauthaiwale, ­author of The People’s Prime Minister (May 24), is in-charge of the BJP’s department of foreign ­affairs. A wrong ­designation was ­mentioned in the column. The error is regretted. 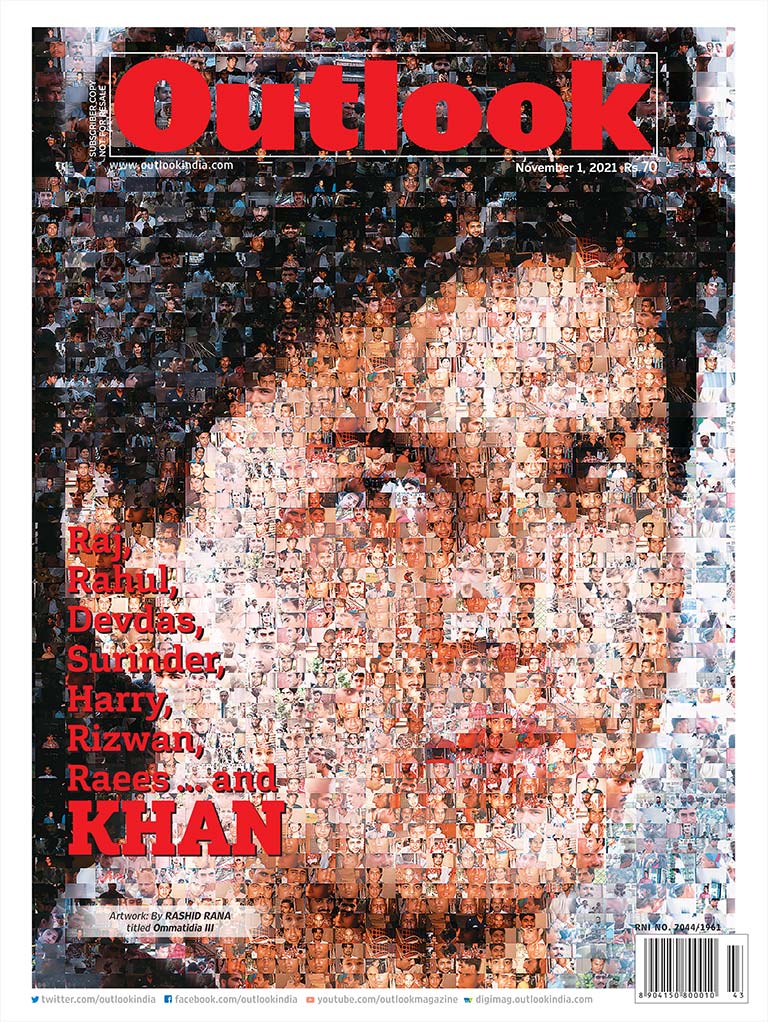