This refers to your cover story Broken Arrow (May 17) and your story from West Bengal (Game Over, or Half­time?). High on optics, but low in results—this would be the best way to explain the election results in West Bengal. TMC leader Mamata Banerjee fought the perception war with her back to the wall, throwing all her might at the well-oiled party machinery of the BJP, whose Bengal campaign was led by its top national leaders. However, the way the Congress and the Left chickened out of the race, leaving the field entirely to Mamata to brave it out with the BJP is a matter of ­concern. The only opposition party with a national presence, the Congress cannot allow itself to shrink so totally in the ­political landscape of any state. The BJP may have lost the battle to Mamata, but it has won the war in terms of the seats it ­managed to win—fully occupying the space ceded by the Congress and the Left.

This refers to your story on how the “triumphalism of India’s ‘vaccine maitri’ lies buried under a ­severe loss of prestige” (Cry, Little Brother, May 10). It’s ­beyond comprehension that the Narendra Modi government forgot the age-old ­dictum, “charity begins at home”. New Delhi was ­foolish to uncork the bubbly too prematurely. Worse, there was no planning done for the inevitable second wave. On the ­contrary, in a show of uncalled-for initiative as if in a hurry to earn kudos from the world, India started exporting ­vaccine doses. Now, the irony is that the ‘pharmacy of the world’ is frantically trying to get vaccines from outside. The commitments for exports of vaccines now lie in tatters and India’s image has certainly taken a beating. The moral is ‘don’t count your chicken ­before they hatch’.

It was wrong on the part of the central ­government to export vaccine doses to other countries ­without ­assessing India’s needs. Many state governments are now complaining of shortage of vaccine doses, ­although their own performance in the ­vaccination programme was lacklustre. Vaccine Diplomacy

This ­refers to Abandoned (May 3), your cover story on the viral fiasco continuing to take India apart. As a healthcare provider, I am disillusioned, angry and app­alled at the ­apparent indifference with which the authorities, including the ruling dispensation at the Centre, has allowed this mayhem to tear this country to smithereens. A supposedly ‘developing’ nation has ­become a shameful spectacle. One wonders if ‘vanquished’ would have been a more ­appropriate word on the cover than ‘abandoned’. India, which boasted about having “tamed the virus on the loose” during the milder first wave, has allowed the pathogen to vanquish this country when it preyed on her a second time more fiercely. Now we have people dying like flies for want of a rather basic treatment mod­ality: oxygen. People dying of COVID-19 is understandable, but people losing lives for dearth of oxygen is simply ­unacceptable in modern India, which boasts of deploying satellites in space. What’s unfolding in India is frightening to say the least. India’s fight against SARS-CoV-2 has been derailed, rather rendered ineffective, with the ­advent of anti-Covid vaccines. These vaccines were rolled out for emergency use globally as a desperate measure when a strange virus about which nothing much was known to medical science had turned into a full-fledged ­pandemic. Without realising this basic fact, India joined the countries that jumped on to the vaccine bandwagon. The government boarded the wrong bus—while vaccines became a prestige issue, time-tested and scientifically ­tenable Covid-appropriate protocol was flouted across India. Basic requirements like oxygen and precious hospital beds are conspicuous by their absence. Crematoria and cemeteries are running out of space. This surely shouldn’t have happened in India in the 21st century.

There is not an iota of doubt that shoddy governance is the reason for the crumbling health infrastructure that led to the precarious and dangerous situation across the country. In fact, even after alarm bells rang aloud cautioning the Centre that ­production of life-saving ­oxygen is not enough to meet the ­future demand, there were no efforts on a war footing to establish oxygen plants. Also, lack of foresight on the Centre’s part in utilising the PM Cares Fund to ­establish oxygen plants is a sad ­reminder that no excuses can cover up its serious lapses. Further, stern warnings by the courts to government on oxygen supplies did not yield the desired results. Even as the coronavirus is changing lives of people imm­ediately and unpredictably, the Centre is yet to come up with a comprehensive blueprint to revamp health infrastructure. It is clear that governments have failed to fulfill their responsibility of saving the lives of citizens.

This ref­ers to Omission and Commission (May 3) by Puneet Nicholas Yadav…. The allegation that the Election Commission of India’s proposal to widen the ambit of Electronically Transmitted Postal Ballot System (ETPBS) to NRIs excluded approximately 10 million NRIs residing in six Gulf countries, comprising a large chunk of Muslim population, is a blatant lie and factually incorrect. I think Yadav had neither the time nor the inclination to go through a letter…dated 27.11.2020, signed on the ECI’s behalf by senior principal secretary N.N. Butolia, to secretary to the Government of India, Ministry of Law and Justice.… It states: “After amendment in Rule 23 of the Conduct of Elections Rules, 1961, the Commission has now implemented ETPBS for service voters…. The Commission is now confident that the said facility can also be extended to overseas electors. The Commission is technically and ­administratively ready to extend this ­facility in general elections to legislative assemblies of Assam, West Bengal, Kerala, Tamil Nadu and Puducherry.”

Regarding erstwhile colleague Ashok Lavasa’s dissent, all through I kept quiet…because I was far more keen to preserve the ECI’s integrity…and keep decisions within its four walls. Pushed by a very senior mediaperson during Lok Sabha elections, I issued a press note on 18.05.2019 that states as follows: “….The three members of ECI are not expected to be template or clones of each other. There have been so many times in the past when there has been a vast diversion of views as it can and should be. But the same largely remained within the confines of ECI…. I have personally never shied away from a public debate whenever required, but there is a time for everything…. Eloquence of silence is always difficult, but far more desirable, which is for seeing the election process through instead of creating ill-timed controversies….”

Yadav could have picked up the phone and spoken to me or Sushil Chandra, now CEC, whose name has also been ­mentioned in a twisted and tangential manner before putting his pen to paper…. It was also rather puzzling as to what has been the basis of cherry-picking ECs and CECs by Yadav. He would be the only ­person to know it.

Puneet Nicholas Yadav ­replies: Sunil Arora points out that the November 27, 2020, letter signed on the ECI’s behalf by Butolia does not distinguish between the voting rights of NRIs in Gulf and non-Gulf countries. Subsequent reports suggest that the Ministry of External Affairs expressed reservations about rolling out the ETPBS in six Gulf nations and that the ECI ­accepted this contention. Outlook tried contacting Arora for the ECI’s version, but he was not available.

This refers to Prashant Reddy’s column Courting Courage in Hard Times (May 10). Courage, alongside conscience, is a sine qua non for acting virtuously while facing pressures. Chief Justice of India N.V. Ramana has inherited the liability of some serious abrasions of ­justice in the past few years, and it is his responsibility to avoid any further wrongs. 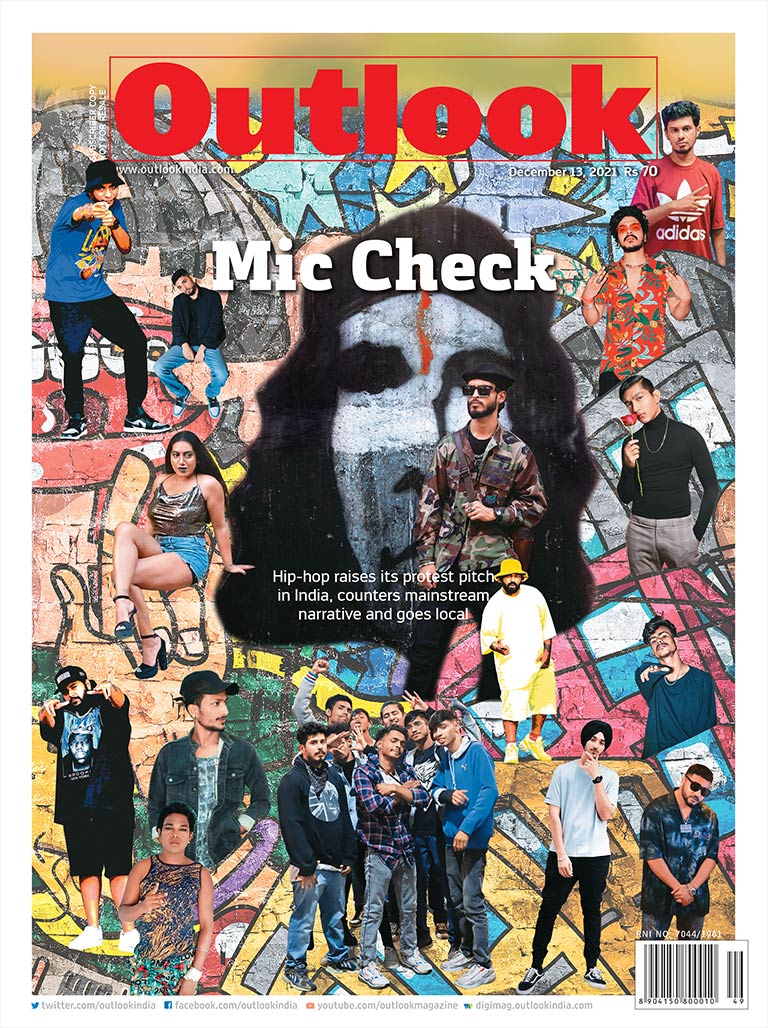