This refers to your cover story So Shall They Reap (October 5). The primary reason for the protest by farmers is lack of trust in big businessmen and, to some extent, in their political ­masters. They are afraid of being taken for a ride under the garb of pro-farmer ­reforms. Farming is not merely a business; it is a way of life that nurtures the social roots of people in the villages. When we eat food, we remember the farmer as the provider, not some corporate house. Let’s understand the sentiment behind former PM Lal Bahadur Shastri’s slogan ‘Jai Jawan, Jai Kisan’, and value the farmers as our ‘agri-soldiers’. Let’s not put them at the mercy of businessmen, and ruin their way of life.

The three agriculture bills brought by the Narendra Modi government will open up the ­agriculture sector to free-market forces, make it easier for farmers to sell their produce directly to ­private buyers and enter into a farming contract with private entities. “For ­decades, the Indian farmer was bound by various constraints and bullied by middlemen. The bills passed by Parliament liberate the farmers from such adversities,” PM Modi tweeted. The opposition Congress, however, has called the bills “black” and “pro-corporate”, with its top leader Rahul Gandhi accusing Modi of “making farmers ‘slaves’ of the capitalists”. Farmers are saying that the government has left them at the mercy of big corporates and were on the roads on September 25 protesting against the bills. The BJP’s oldest NDA ally, Shiromani Akali Dal (SAD), has snapped ties with the ruling party over the issue. SAD chief Sukhbir Singh Badal’s wife Harsimrat Kaur Badal has quit the Union cabinet, all­eging that the bills will “des­troy” the agriculture sector in Punjab. An agri-expert has been quoted as saying that there are serious deficiencies in the way the bills have been drafted; they are meant for the agri-business companies, not for the farmers and enough has not been done to ensure that farmers’ interests are not sacrificed. Another expert view is that there is a lack of regulatory oversight, and that the bills are putting farmers in the hands of private players without any safeguards in terms of price-setting. Farmers suspect that the government will eventually dismantle the state procurement system (APMC mandi) and the MSP regime on which many of them depend. The PM and his cabinet ministers are yet to allay this fear in Parliament.

Agriculture is the base of the Indian economy. Farmers always suffered from the vagaries of nature. Feudal lords and moneylenders never allowed them to get rid of poverty. After the abolition of the ­zamindari system and consolidation of small agricultural holdings, industrial production got a boost. The new farm bills are flamboyant and misleading. As they become laws, it will take some years for their real ­effects to become visible. Though it appears farmers will be able to sell their produce anywhere to anyone, they will ultimately fall into the lap of corporates and multinationals. The agreements to purchase standing crops with small advances and assurances to pick up the produce at the harvesting sites, invariably with arbitration clauses, will open the floodgates for litigation in which farmers won’t be able to match the legal services and expertise at the disposal of corporates. Corporates, particularly with a chain of retail ­marketing and food ­processing units, will come up with modern storage facilities, and the dilapidated godowns of the Food Corporation of India may become shelters for cattle. All this will eventually benefit only the industrialists and multinationals, not the grower or the consumer.

If the existing laws, rules and system are so good that they should not be ­modified, then why is it that even after 73 years since independence, farmers are still poor and perpetually in debt, with thousands committing ­suicide every year? Further, what is now proposed is only an additional option to farmers, while retaining the existing system of APMC ­mandis and MSP. So how are the reforms bad? Several states like Bihar and Gujarat have already ­carried our modifications without any protests. Why is the Congress protesting when the BJP has brought in the same reforms that the grand old party had promised in its 2019 Lok Sabha election manifesto?

This refers to ‘From the Daak Room’ (Letters, October 5), which made for a very ­refreshing read. Leonardo da Vinci’s job application revealed his true polymath credentials. A painter, draftsman, sculptor, architect, builder and engineer, his genius epitomised the Renaissance humanist ideal. The man known for creating Mona Lisa was also the designer of a flying ­machine 400 years before the Wright brothers achieved the first sustained flight. Leonardo truly fused science and art to create works that have become part of humanity’s story.

This refers to Uneasy Tango of Big Ambitions (September 21). The dragon seems to be on an expansionist mode, with its recent incursions into Indian territory, apart from its ambitious ways in Taiwan and Tibet. Its influence even had an all-time friend in Nepal turn inimical towards India. India needs to retort by striking where it hurts the dragon the most by throttling it economically. The Centre has done well by banning Chinese apps.

This refers to Job We Met, Online (September 21). The Delhi government’s job portal is unnecessary as so many other portals are already available. It has also spent a lot of money on popularising the portal through ­advertisements in ­newspapers and hoardings. That money could have been used to create jobs. 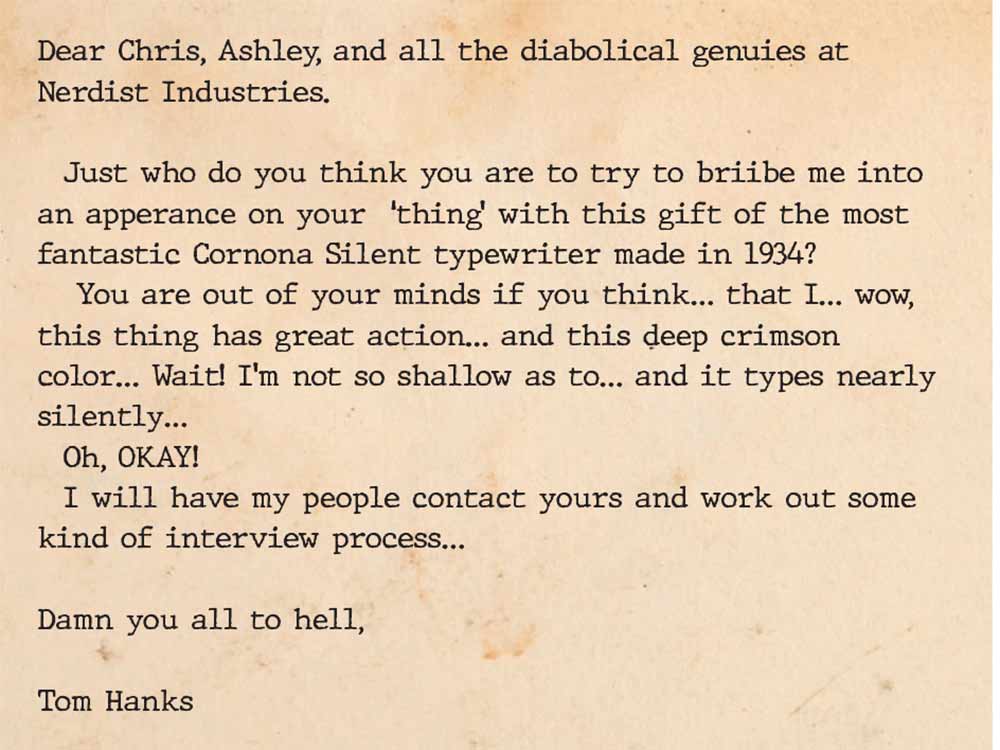 Damned Spellings Back in 2012, Chris Hardwick (of The Nerdist podcast) tried to coax Tom Hanks into appearing on his show by sending him a rare 1934 Smith Corona typewriter. Hanks, an avid typewriter collector, sent back this letter to Chris. 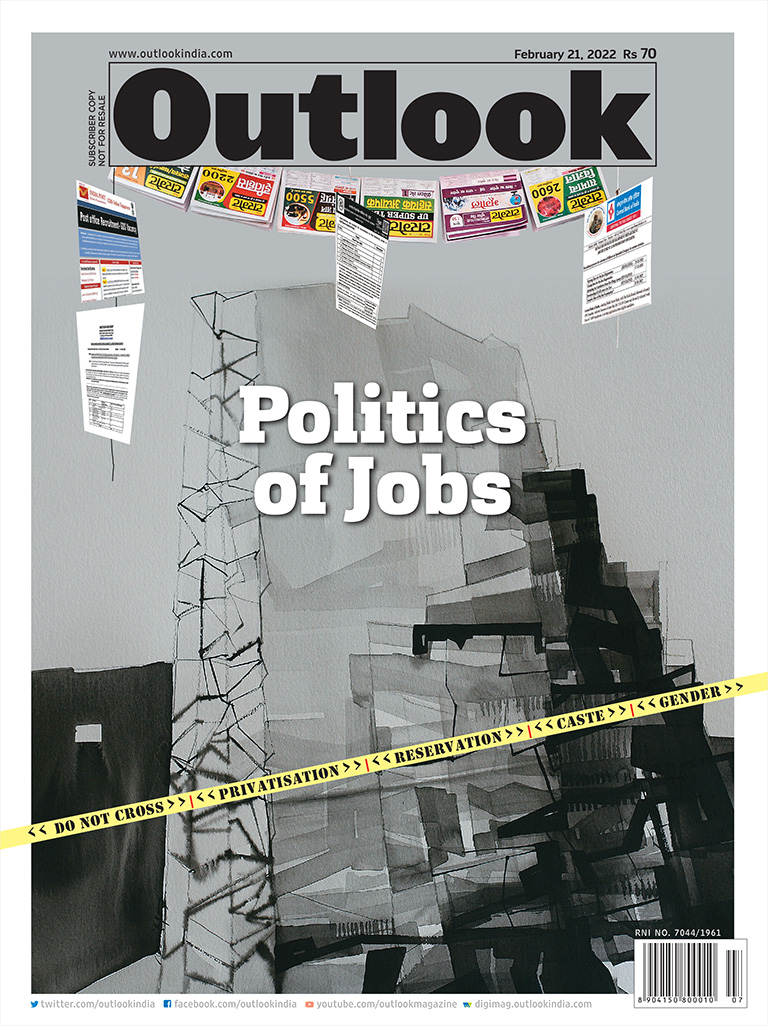