This refers to So Shall You Reap (October 5), your cover story on the three agri reform bills brought by the Narendra Modi ­government. These new laws open the agriculture sector to free-market forces, make it easier for farmers to sell their produce directly to private buyers and enter into a contract with private companies. Defending the move, PM Modi tweeted: “For ­decades, the Indian farmer was bound by various constraints and bullied by middlemen. The bills passed by Parliament liberate the farmers from such adversities.” The Congress, however, has called the bills “pro-corporate”, with Rahul Gandhi accusing Modi of “making farmers ‘slaves’ of the capitalists…” Farmers are also saying that the government has left them at the mercy of big ­corporations. They were on the roads on September 25 in protest against the new legislation. An agriculture expert has been quoted as saying that there are serious deficiencies in the way the bills have been drafted, that they are meant for agri-business companies and not farmers, and that not enough has been done to ­ensure farmers’ ­interests are not sacrificed. Another view is that there is a lack of regulatory oversight and the bills are putting farmers into the hands of private players without any safeguards and regulations in terms of price-setting. Farmers fear that the government will eventually dismantle the state procurement and MSP systems on which they ­depend, even though the PM and other ministers have firmly said outside Parliament that they will continue. Let the PM declare this in Parliament and ­modify the bills if necessary.

Misinformation is being spread in the country by some people that farmers will not get the right price for their produce. The BJP-led ­government is committed to helping farmers get fair prices for their produce, and soon they will be able to sell ­anywhere in the country without any ­restrictions. The new bills are for the benefit of farmers, who will be free from brokers and get more options and opportunities to sell their produce. These bills have come as a protective shield for them. Yet, some people are protesting for the sake of protest.

This refers to Weed or Weedout (September 28), your cover story on drugs abuse in Bollywood and elsewhere. The film industry is a cutthroat business that ­demands a thick skin of anybody who wishes to become successful. But that’s not the whole story. Across India, around 3.1 crore people use cannabis in various forms. Even educational ­institutions are not safe. Over the past 30 years, ­illegal drugs trafficking has become a global epidemic, permeating into nearly every cultural and social class.

Millions of sadhus, devotees, tourists and students are wedded to a weed in India and can’t visualise their lives without it. I can vouch from my own experience as I grew up in the city of Lord Shiva—Varanasi—where smoking ganja and drinking bhang was a daily affair as they are considered the ­deity’s sacred prasad. As ­students, we openly ­consumed it, sitting on the ghats of the Ganga. It is laughable to see actor Rhea Chakraborty being arres­ted and the media going all crazy about it in service of the ruling party’s agenda to win the Bihar election. Never mind the tonnes of drugs openly produced, sold and consumed from the lanes of Varanasi to the valley of Kulu-Manali and the desert of Jaisalmer.

While high ­society is now joyfully groping in the darkness of ­materialism, some sections of misled youth are using ­intoxicants to fulfil their longing for a quick high. Well, drugs in various ­combinations and with ­numerous names have penetrated our society so deeply that ­government agencies and its police forces are practically caught bet­ween the devil and the deep sea. With cutting-edge technology at our command, the jaws of the menace have more teeth and look more ferocious. There are countless mothers who have been constantly tormented by their drug-­dependent ­adolescent ­children. Many worried parents and police officers complain that lawyers cleverly use the loopholes in the NDPS Act to save peddlers and traffickers. Don’t the lawyers know that peddlers usually entice our unsuspecting children with doses of opium first and then push them into the pit of no ret­urn? Do they have no children at home who might end up learning the ­dangerous habit from such peddlers?

This ref­ers to Dr Kafeel Khan’s Jail Diary (September 21). The ordeal that the doctor had to undergo following his arrest and release was painful to read. Regardless of religion, caste and political affiliations, we should ensure as a nation that not a single innocent person gets punished.

This ­refers to your cover story India-China: Is War Inevitable? (September 21). China has a tendency to not respect the sovereignty of its neighbours. As this rev­eals China’s asser­tiveness to the entire world, it is also time that all nations come together to put an end to its absurdity with an iron fist before it explodes to the detriment and interests of all. India should work on multiple fronts to tackle the unprecedented security challenge posed by China, which is hell-bent to change the status quo at the LAC by forcing a war of attrition on India at any time, disre­garding its own promises. 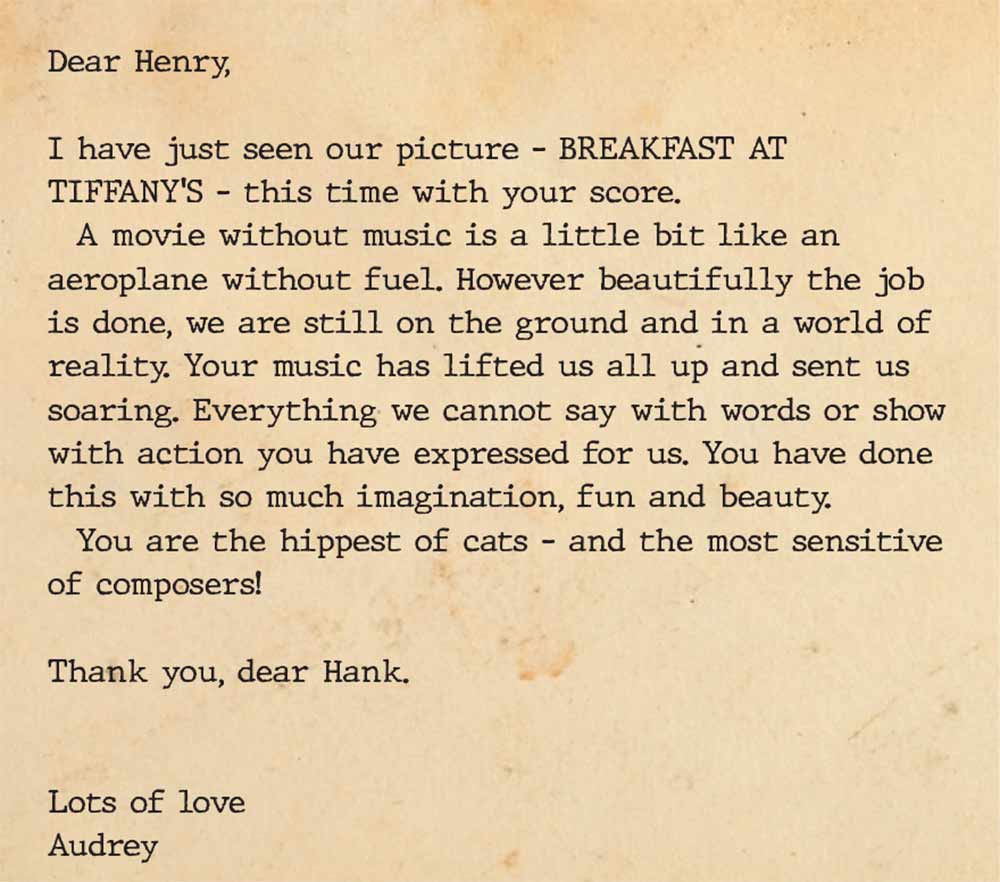 Hip Cat Upon hearing the musical score for her Breakfast at Tiffany’s, Audrey Hepburn wrote to composer Henry Mancini who would go on to win an Academy Award for the film.